A downloadable game for Windows

The game in it's current playable state. The updates are frequent, but I can't imagine the final release and content as of now (although you can get your fair bit of fun out of it even now).

As an (unwilling) prototype fighter pilot, you are trapped in an endless testing facility, bad for you. They don't know what you and the machine you pilot are capable of, bad for them. After your escape attempt the defense AI is ordered to destroy you, but can not break your shields - yet it's silicon brain thinks it deals damage as long as it can register a hit, forcing itself into a loop of trying over and over again... then break it by not taking a single hit! Wiping out waves after waves of never-ending drones while dodging the stream of projectiles, you make the AI logic advance further and further, and the enemies more fierce, - with a hope it fails at some point, granting your escape.

Ever wondered what a classic side-scroller would look and feel like as a detailed simulator? Now you'd probably know :)

Extract the archive and run the executable file you prefer, the names are self-explanatory. The files ending with "_32" are the builds meant for the 32-bit systems.

The "config" utility is mostly straightforward, although do not expect the values for the HDR passes to give the best image when all set to "max", as what they affect are the blur ranges. Be aware that the stereo builds ("_VR") all use a separate configuration file, "config_vr.cfg", whenever available, and non-default configuration files can be opened by the "config.exe" utility via the standard open-with mechanism or by drag-and-drop over the executable itself.

The on-board computer (accessed by a key bound as "Console" in the configuration utility) is a (skippable) part of the gameplay, and I recommend reading the command list using the 'CMDLIST' or 'HELP' commands (or type "DUMPHELP" to store the help file to the game's directory). The possibilities are wide, from toys like instrument cluster tests to customizing the HUD or the MFD, using a built-in music player (including a BASS-based one) and activating some other interesting features. If you don't like to type too much, the Tab key acts as an auto-completion trigger.

Any stereo mode has to be set up first, that is achieved using the "Display alignment" button in the config utility. The cross-eyed mode requires no special hardware, yet you should know how to watch the cross-eyed stereo images. The PS VR modes can be activated from the same window as well, in that case the values like the screen size will be ignored (but the interocular distance will not be). Be aware that for using the named headset you still need to install a WinUsb-based driver (with the easiest way being by using software like Zadig), and set the HMD into the 120 Hz mode (or the 90 Hz should you prefer it this way, yet be careful as the refresh rate must match the one you chose in the "Display alignment"). The named headset also needs an offset calibration which is automated, just leave it on a stable surface when starting the game (the splash screen will read "CALIBRATION DONE" when finished). If you feel like the old calibration became too off, you can always re-calibrate the sensors in the same manner, in this case the "HMD CAL.SAVE" should be input into the in-game console to overwrite the previous calibration. The other options are also accessed with the "HMD" commands, to store the reprojection thresholds, if used, the "HMD CAL.SAVE" is also used.

Not much gameplay so far, as you said, but absolutely awesome mechanics. And the laser machine gun! Damn some cool particle effects!

Thanks, glad that glorious waste of time didn't turn out to be that much of a waste after all! Yeah, the gameplay is pretty much short at the moment, was too busy with the other stuff like improving the physics, maximizing the performance and, later, the PSVR support. Now, with those solved and finished the next step will be adding a new enemy type and a few new waves, later some more environment options will likely be added. However even now it still may be pretty fun and relaxing if added a "-hardcore" switch to the calling shortcut (or by the same-named option in Config), making to the last wave becomes pretty challenging this way. Another fun thing is to type "L OFF" in the in-game console (after all the lights start up), or "AUDIO ON" (for the latter I'll soon post the tweaking program as well, one syncs with your currently playing audio for some cute lighting effects). 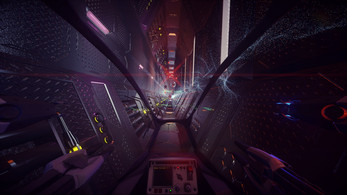 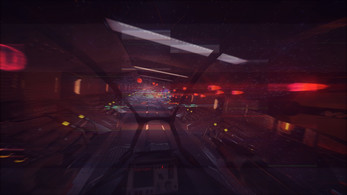 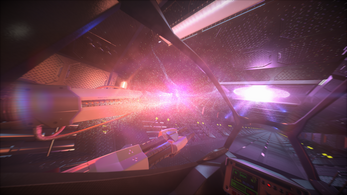 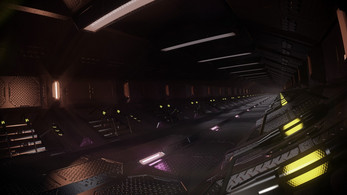 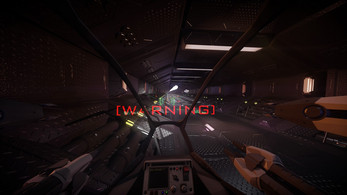 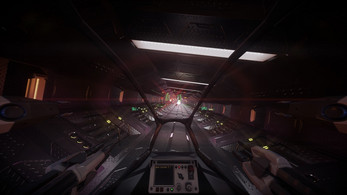 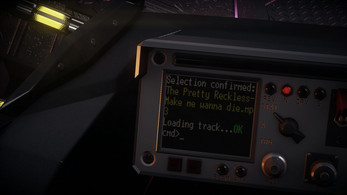 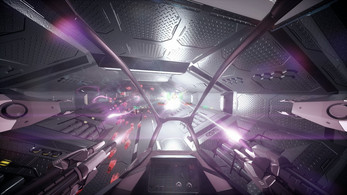